A day spent indoors has always felt like something of a defeat to me.

So in these days of lock down you might imagine that I feel somewhat, well, defeated. Since we live smack in the center of our city we no longer have the luxury of outdoor spaces; there are only beaches that we can’t go to, parks that we can’t stroll in, and forests that are tantalizingly close but impossible to visit.

More or less complete lock down, as we have here in Spain, is an entirely different prospect when you live in a city-center flat rather than, say, a house in the suburbs. In the suburbs you can sit on your porch and nod at your appropriately-distanced neighbors, have a barbecue on the deck, set up croquet on the lawn, prune your trees, paint the trim, putter in the garden. (Man, if I had a yard I would have gardened the bejesus out that thing by now.)

That said, it’s not entirely true that we have no outdoor areas – we do have a small courtyard, roughly the size of a walk-in closet, where we daily kick the football around for ten minutes or so until the futility of trying to play football in a walk-in closet becomes patently clear. We also have – and I believe this is what has thus-far preserved my sanity – a roof terrace. 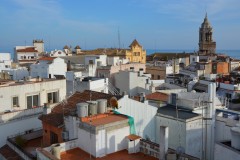 For a few hours each day, weather permitting, we become roof dwellers. Granted, there are no green things – no plants, no trees, no moss or grass, not even a swatch of lichen up there –  but there are views of the sea, the sky, the mountains, and, of course, of everyone else out on their terraces and balconies. And these days, it seems that everyone who has access to even the smallest slice of outdoor space is utilizing it.

There’s the couple, I would guess in their mid-fifties, who sunbathe daily on the roof next door.  He’s apparently going for the more-or-less-all-over tan, shedding his clothes and wedging his underwear well up into his cracka-doodle-doo. The wife, in the bikini she bought in her teens, starts hitting the vermouth mid-morning and by mid-afternoon is swaying to the music they both play much, much too loudly. She caught my eye yesterday mid-sway and blearily inquired, “La música es buena, ¿no?” I wanted to respond, “Si, si, muy buena, but “Hotel California” actually sounds way better at a decibel level lower than that of a rocket launch.” But of course in the interest of rooftop harmony and solidarity I simply smiled sweetly and gave her a somewhat ambivalent shrug.

There’s the young woman who lives across the narrow street on the other side of our building, who spends a couple of hours each day on her terrace working out in leggings and a tiny exercise top. I sit, ostensibly reading my book but actually just pretending that I’m not watching her do squats. She and her family also play music, mostly of a Latin-American strain, and are frequently in direct and simultaneous competition with Hotel California on the other side of the building. Makes reading challenging at times.

There’s the kid from my son’s football association who tries to play on his terrace, which is a good 6 meters long but probably only two meters wide, and contains a table, chairs, various plants, and a laundry drying rack. It just doesn’t work, obviously, but his desperation is plain. He generally quits after a few minutes and resorts to gazing wistfully at the street below. There’s a lot of wistful gazing going around.

Then there are the pacers, the people who walk for kilometers in a space not much bigger than a swimming pool. I watched a guy the other day walking the rectangle of his roof, going round and round for hours like a captive elephant in a state of melancholy madness. I wasn’t sure what was more disturbing – the relentless pacing or the fact of me watching it.

Which brings  me to another, rather uncomfortable point. I’m peeping in on the lives of my neighbors. I’m photographing them for chrissake. If I weren’t the one doing it I think I’d find that pretty creepy. To be fair, I’m not looking in their windows or attempting to see anything that isn’t already on full public display, but it still feels a little, I don’t know, intrusive. (I wanted to bring my binoculars up the other day to watch the birds, but thought that a middle-aged guy on the roof peering through binoculars might appear pretty pervy.)

When this whole thing is over I think I’m going to miss that silence. I think I might miss spending long minutes watching a tortoise lumbering across the neighbor’s garden 5 stories below, or contemplating the fact that the young 20-something, childless couple in our building have Elmo underwear on their drying rack, or seeing whether I can make a rooftop dog bark at me simply by staring it straight in the eyes.

We’re in the midst of a unique global social experiment, the likes of which have never been seen before, and we haven’t the faintest clue how it’s all going to turn out. But one thing is certain – we’re in many ways all in this together (even if we must remain spatially apart), and it’s nice to have a friendly (if somewhat oddball) community high above the empty streets. So to all the sunbathers, workout fanatics, music lovers, captive children, rooftop marathoners, nappers, readers, eaters, and wistful gazers, I say it’s nice to have you around. Take care of each other, and I’ll see you up on the roof. 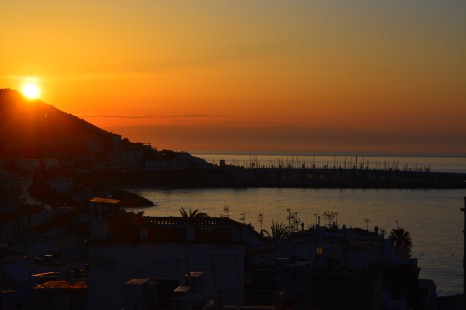 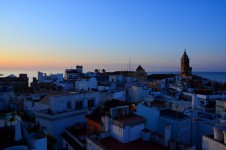 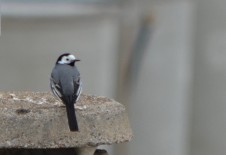 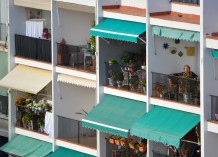 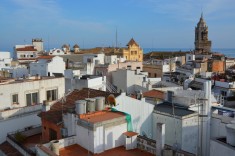 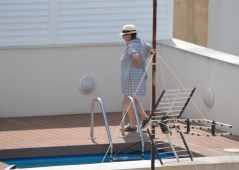 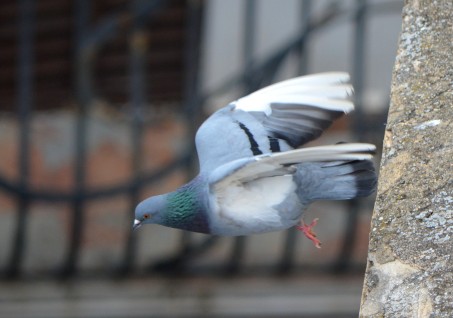 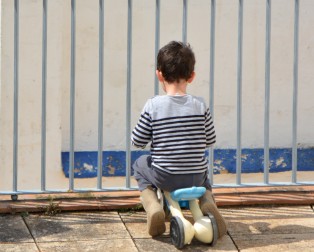 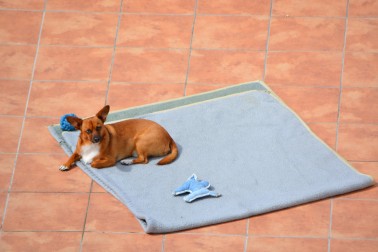 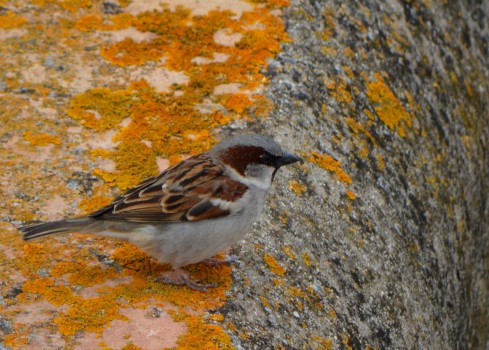 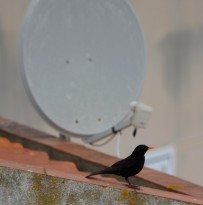 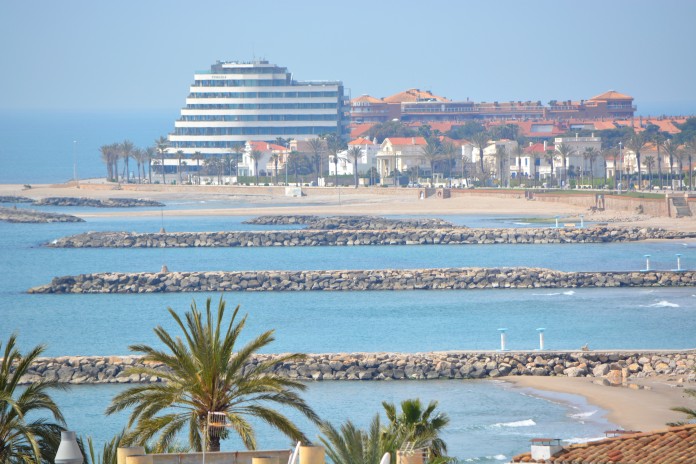 6 thoughts on “Up on the Roof: Coronavirus Quarantine from Above”