One of the keys to success in taking photos of your kids is, simply, to take lots and lots of them. In these digital days that’s no longer a problem or an expense – shutter away like mad and discard all but the few best. If your camera has a continuous shooting mode so much the better, although you’ll have to wade through stacks of very similar shots to find the perfect one. Besides taking a ton of pictures, though, there are some simple techniques for getting interesting and flattering photos.

Use a shallow depth of field. If your camera allows you to set the f-stop, use a large aperture (small f-stop) like f/2.8 to blur the background, making your child stand out without all the clutter. A large zoom lens can achieve the same effect, particularly if your subject is fairly far away from the background. If your camera doesn’t allow you to set the aperture, try maximum zooming on ‘portrait’ mode. 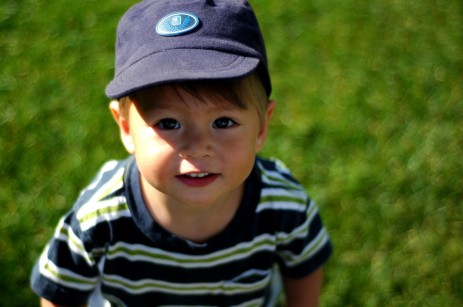 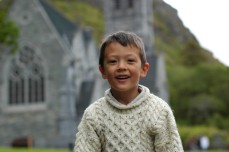 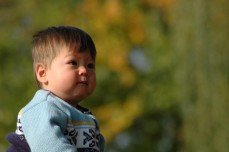 Choose an unusual angle. Sure, you could get a shot of your daughter standing smiling in front the Eiffel Tower, and that’s fine. But also try looking at the scene a bit differently. Get low, for example, and shoot her from below with the tower soaring above. Or maybe instead of her sitting on a wall next to the Seine, you could get a shot of her reflection on the water’s surface. Look for interesting compositions. 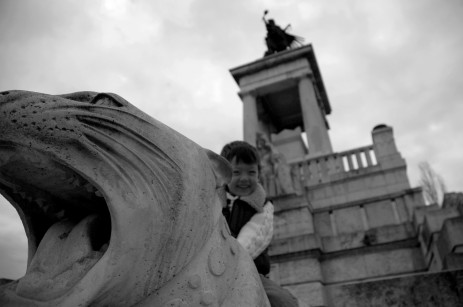 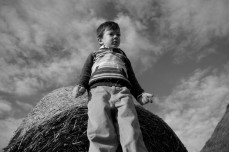 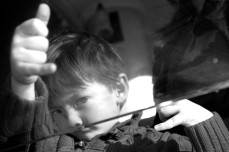 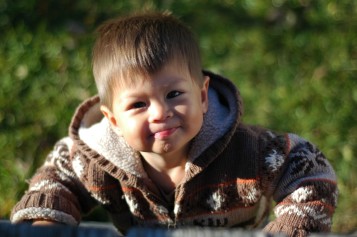 Don’t pose them. A friend of mine in Japan once showed me the album of his family’s European vacation. It was comprised entirely of shots of his family, in every possible permutation, standing in front of famous monuments making peace signs. After about the 600th it became somewhat monotonous. Often the most memorable pictures are candids, snapped at unsuspecting moments while the family goes about its business. Kids will often stop whatever they’re doing and mug for the camera when they see it aimed their way, but if you just keep shooting, or wait a bit before you shoot, they will generally tire of the game and go back to acting naturally. That’s when you pounce. 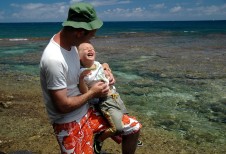 Get closer. Fill the frame with your child, like John Wayne in a John Ford movie. Or focus instead on one small area, like your son’s hand in his father’s, or his cheek on his mother’s chest. Intimate details often reveal more than you’d think. 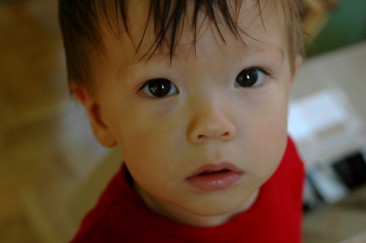 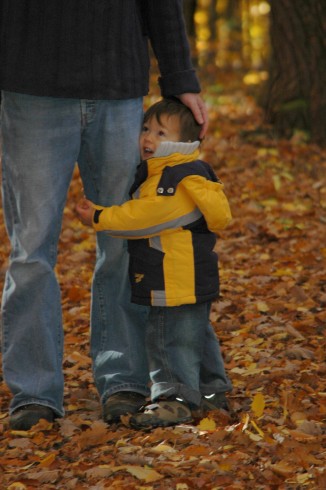 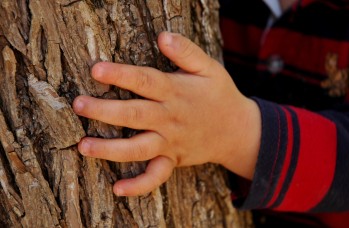 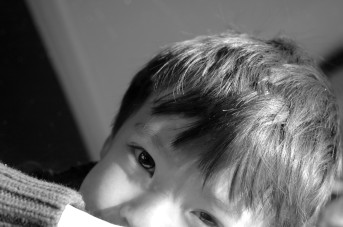 Get farther away. Shoot your child as a small part of a large landscape. In this case it’s not a portrait you’re looking for, but an evocative mood which captures the essence of the scene. Try placing them off in a corner with the landscape stretching out before them, or as a small figure receding into the distance.

Pan your camera.  Have you ever taken a picture of your child in a flurry of action that looks, in the photo, awkwardly static? A perfectly still photo of your son whizzing by on his bike captures that instant, but it doesn’t capture the dizzying motion of the moment. Instead, try setting your camera on the lowest shutter speed the scene will tolerate, and panning the camera along with your moving subject. This takes practice, and often a lot of trial and error, but what you’ll end up with is a fairly clear rendering of your child with a blur of motion in the background. The key here is to time the movement of the camera as closely as possible to the speed of the subject. 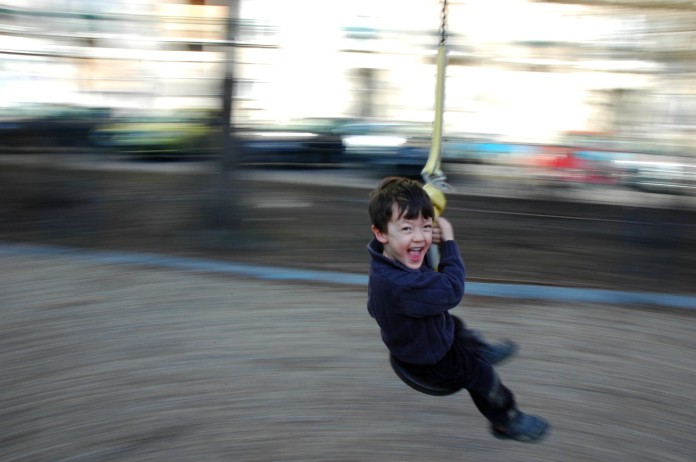 Avoid flash whenever possible. Cameras with build-in flash hit your subjects with a blast of light from straight on, often washing them out and eliminating fine details and warm light. Without a lot of zoom, about 1/60th of a second is the slowest shutter speed you can use and still get a sharp image without camera shake, but if you can take the shot without flash it will render results closer to the original scene. The exception may be when your subject is severely backlit, in which case the flash will reveal the person in deep shadow and often create a sharp, vivid image.

Use the light to your advantage. Landscape photographers have one golden rule: Shoot in the early morning and late afternoon or evening. Harsh sunlight directly overhead creates unflattering shadows and ‘cold’ images, while the golden, slanting light earlier and later in the day brings out the best in your subjects. Or shoot your family backlit without flash, making them silhouetted against the sun. You won’t, of course, get details of their faces, but you can achieve some remarkable effects. 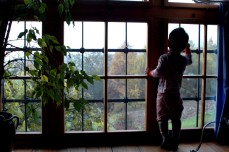 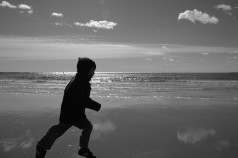 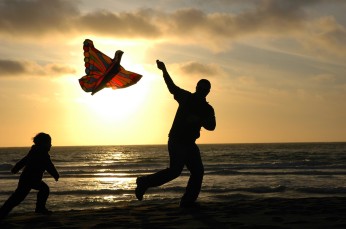 Use some or all of these techniques, think a bit about the shot before you take it, and you’ll find that your family photos have never looked so good.

157 thoughts on “How to Shoot Your Kids: 8 Ways to Get Knock-Out Family Photos”